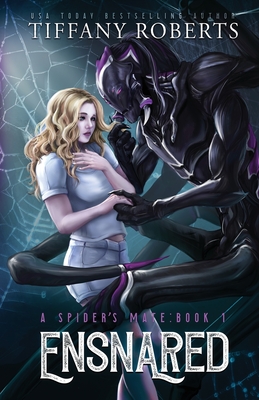 He's spent years as a hunter, but now he's the one ensnared in a creature's trap.

Ketahn did not want a mate. Fate has a different plan for him. When the queen he despises declares her intention to claim him, he retreats into the jungle.

What he finds there changes his world.

Small, delicate, and pale skinned, Ivy Foster is nothing like the females Ketahn has known. She's not of his kind at all. Yet the moment he sees her, he knows the truth in his soul-she is his heartsthread.

And now that he has her, he won't let anything take her away. Not the jungle, not the gods, not the queen and her warriors.

Whether Ivy agrees or not, their webs are entangled. No one will ever sever those threads.

Book 1 of 3 in The Spider's Mate Trilogy.

Warning: Contains darker themes and there is also a cliffhanger. Check the author's website for more detailed content warnings.