Sober Daughter: A Memoir of Grief, Addiction, and Recovery (Paperback) 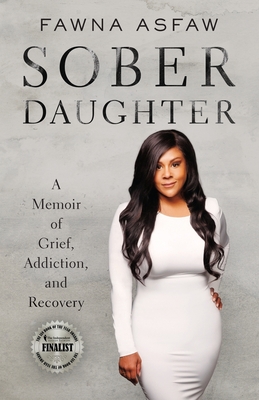 Sober Daughter: A Memoir of Grief, Addiction, and Recovery (Paperback)

An empowering account of a lost daughter's fight for her identity and sobriety-and her mission to help others.

The only child of a doting Ethiopian father and a strong-willed African American mother, Fawna Asfaw felt her life shatter when she lost both her parents to illness. As grief pulled her into a downward spiral of addiction and shame, Fawna had to learn to harness her power and rebuild her life with a new perspective that changed everything.

In this emotional memoir, Fawna recounts feeling paralyzed by the monumental task of advocating for her parents' medical needs and eventual hospice care. After their heartbreaking premature deaths, she buckled under the realization that she had no idea how to live without them. Unable to process her loss and overcome by grief, she collapsed into alcohol-induced psychosis and despair-until a catastrophic seizure landed her in a remote treatment center without a penny left to her name. That's when the backbreaking work of her personal redemption began.

Now a powerhouse in the recovery industry, Fawna Asfaw shares how she accomplished a courageous evaluation of self and ultimately sacrificed everything to build a sober life on her own terms. Having witnessed firsthand the lack of recovery services readily available to women of color, Fawna is devoted to leveling the playing field. The opposite of addiction is not recovery-it's connection, and Fawna aims to help everyone fight for their own best selves.