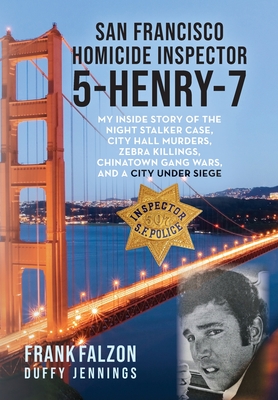 
Not On Our Shelves—Ships in 1-5 Days
(This book cannot be returned.)
After the Summer of Love and the heyday of the Haight-Ashbury in the 1960s, San Francisco mutated over the next two decades into a city under siege by serial killers, radical under-ground extremists, antiestablishment groups, gangs, and drug wars. The rise in violence brought a spike in murders that put unprecedented pressure on the San Francisco Police Department and its storied homicide squad. Inspector Frank Falzon represents the best of those elite detectives.