The Power To Control: How the Elite Conspire Against You (Paperback) 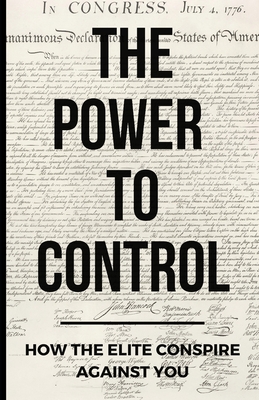 The Power To Control: How the Elite Conspire Against You (Paperback)


Not On Our Shelves—Ships in 1-5 Days
(This book cannot be returned.)
The Power To Control is the first part in a series entitled Deconstructing America which attempts to explain, in a relatively easy-to-understand way, how the ultra-rich use their vast power and resources to manipulate the general population into supporting their beliefs and interests. The series will look at different aspects of how power is used to control people, all within the framework of the founding and development of the United States of America to illustrate its arguments and support its conclusions.