Camouflaged Bruises: A Memoir of Loyalty and Betrayal (Paperback) 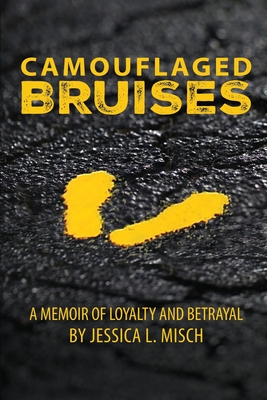 Camouflaged Bruises: A Memoir of Loyalty and Betrayal (Paperback)


Not On Our Shelves—Ships in 1-5 Days
(This book cannot be returned.)
WRITTEN WITH HONESTY THAT STINGS The Me Too movement is a future construction in the gender-limiting, woman-invalidating and homophobic environment of the 80s and 90s. Within these social confines, seventeen-year-old Jessica runs away from her abusive home looking for security and camaraderie. She makes the cut and joins the United States Marine Corps, an elite military organization known to take care of their own. Determined to uphold the highest standards of the Marine Corps, Jessica becomes a star performer, surmounting rigorous physical training and tactical challenges. However, her military training doesn't prepare her for the overwhelming backlash. The chivalry of her male peers turns into ugly rivalry as she outperforms them. Jessica's do-or-die Marine Corps spirit keeps her hardened. She is determined to make the Marine Corps a career despite harassment, assault and dirty politics. Yet, the challenges of her journey become even steeper; sexual and gender identity bring Jessica to crossroads. She is reacquainted with her high school friend Jade, and realizes that being an outstanding Marine ultimately means betraying herself. The Marine Corps trained Jessica to kill the enemy. The enemy is surprisingly close.