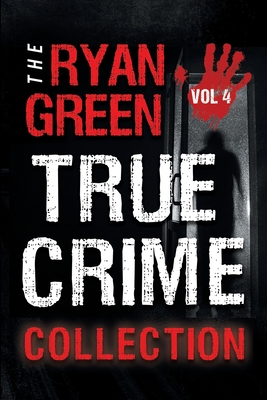 This is book number 4 in the True Crime series.


Four chilling true crime stories in one collection Bestselling true crime author, Ryan Green, has complied four fascinating stories in one collection. Volume four contains some of Green's most intriguing accounts of violence, abuse, deception and murder. Within this collection, you'll receive: Kill 'Em All: A True Story of Abuse, Revenge and the Making of a Monster
During his time in prison, Carl Panzram was repeatedly beaten, tortured and sexually abused by fellow prisoners and staff. The brutal mistreatment had a lasting impact. When Carl left prison, he set out to rob, burn, rape and kill as many people as he could, for as long as he could. His campaign of terror could finally begin and nothing could stand in his way. Buried Beneath the Boarding House: A Shocking True Story of Deception, Exploitation and Murder
In 1988, Detectives dropped by a missing man's last known address, a boarding house for society's outcasts. The owner, Dorothea Puente, was a charming old lady who was famous for her charity work. The search revealed nothing untoward but one of the guests shared some unusual insights leading up to the disappearance that would grip an entire nation. The Townhouse Massacre: The Unforgettable Crimes of Richard Speck
On the evening of 13 July 1966, an intoxicated Richard Speck broke into a townhouse in Chicago to rob a group of student nurses. Speck woke the residents and ordered them into a room, calmly requesting money in exchange for their safety. The young women obliged. They believed he would take the money and leave but Speck had other plans. The Curse: A Shocking True Story of Superstition, Human Sacrifice and Cannibalism
Straining under a curse that was put on her by her mother, Leonarda Cianciulli became highly paranoid and superstitious. When her eldest son, Giuseppe, told her that he was going to join the Army, Cianciulli believed the only way to keep him safe was through the most extreme means - human sacrifice. The Ryan Green True Crime Collection contains chilling accounts of some of the most brutal and bizarre true crime stories in history. Green's riveting narrative draws the reader into the real-live horror experienced by the victims and has all the elements of a classic thriller.