Carl Jung: The Life and Career of One of History's Most Influential Psychologists (Paperback) 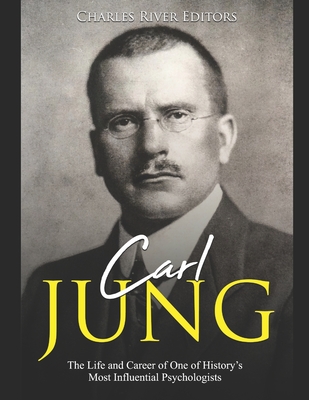 Carl Jung: The Life and Career of One of History's Most Influential Psychologists (Paperback)


Not On Our Shelves—Ships in 1-5 Days
(This book cannot be returned.)
*Includes pictures
*Includes a bibliography for further reading
"Who looks outside, dreams; who looks inside, awakes." - Jung
Carl Gustav Jung, the man who created analytical psychology both as a concept and as a practice, was a complicated person. He is also very difficult to understand, partly because so many of his personality traits seem to be contradictory and sometimes mutually exclusive.
Ferociously intelligent, he used rigorous scientific method to derive a completely new set of tools for understanding and healing the human mind, yet he also believed completely in telepathy, ESP, poltergeists and precognitive dreams, and he was convinced that coincidences were not the result of chance but evidence of the ability of the human mind to manipulate the physical world.
He was married to the same woman for over 50 years and claimed to love her, yet he was also a serial womanizer who also admitted to having a crush on a male colleague. For several years he was Sigmund Freud's closest confidante and admirer, but after the two disagreed, he never spoke to Freud again.
He appeared to be a supporter of the Nazis and was vilified for this by many people after World War II ended. It would take many years for classified information to make clear he had actually spent a large part of the war working against the Nazis as a spy for America.
Carl Jung: The Life and Career of One of History's Most Influential Psychologists chronicles the fascinating life Jung led, and the groundbreaking psychoanalytical and psychological theories he developed over decades of work. Along with pictures of important people, places, and events, you will learn about Jung like never before.