Introduction to the Mathematics of Variation (Paperback) 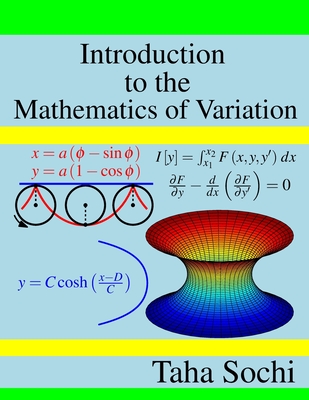 Introduction to the Mathematics of Variation (Paperback)


Not On Our Shelves—Ships in 1-5 Days
(This book cannot be returned.)
This book is about the calculus of variations which is a subject concerned mainly with optimization of functionals. However, because part of it is based on using ordinary calculus in solving optimization problems, "Calculus of Variations" in its original title is modified to become "Mathematics of Variation". In fact, the book is essentially a collection of solved problems with rather modest theoretical background and hence it is based on the method of "learning by example and practice" which in our view is the most effective way for learning mathematics and overcoming its difficulties. The main merit of the book is its clarity, intuitive structure and rather inclusiveness as it includes the main topics and applications of this subject. The materials in this book require decent background in general mathematics (mostly in single-variable and multi-variable differential and integral calculus). The book can be used as a text or as a reference for an introductory course on this subject as part of an undergraduate curriculum in physics or engineering or applied mathematics. The book can also be used as a source of supplementary pedagogical materials used in tutorial sessions associated with such a course.