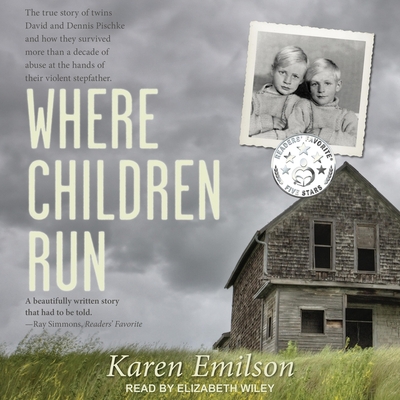 
Special Order—Subject to Availability
Twins David and Dennis Pischke's lives change forever when their father dies, and a man damaged by the war arrives at their farm near the isolated town of Moosehorn, Manitoba. Boleslaw Domko quickly works his way into their lives and their mother's bed. Where Children Run opens with one of their earliest memories--the day Domko throws their infant stepsister against the wall. In this first-hand account, the Twins recall years of neglect, starvation, and enslavement; horrific beatings and candlelit nights spent in the nearby St. Thomas Lutheran Church. Neighbors intervene, but their efforts provide only temporary relief as the children's mother--also living in fear--refuses to press charges. The brothers vow that if they survive, they will someday expose their tormentor and members of their mother's religious organization who turned a blind-eye to their suffering. This is their story--told with stark honesty and in heart-wrenching detail. Where Children Run is a timeless, unforgettable book about survival; and a powerful testament to the strength and adaptability of the human spirit. Contains mature themes.