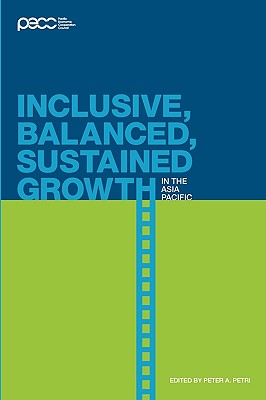 By Peter a. Petri (Editor)


Not On Our Shelves—Ships in 1-5 Days
(This book cannot be returned.)
The recovery of the Asia-Pacific region from the global economic crisis of 2008-2009 is underway but incomplete. Risks range from slow growth and persistent unemployment to re-emerging international imbalances and financial volatility. While early policy responses to the crisis were successful in avoiding a larger calamity, new policy strategies are now needed to resolve imbalances among the United States, China, and other economies, and to build robust demand in the medium term. This report, drafted by an international team of experts for the Pacific Economic Cooperation Council (PECC), provides a policy framework for completing the recovery and achieving sustained growth beyond it. The report identifies priorities for replacing stimulus programmes with structural reforms, and for launching new growth engines to drive investment and employment throughout the Asia-Pacific region. Led by Professor Peter Petri (Brandeis University/East-West Center), the team included eminent scholars from China, Japan, the United States and other countries. The report presents a regional strategy as well as separate, detailed analyses of the challenges facing China, Advanced Asia, Southeast Asia, North America, and South America. It concludes that inclusive, balanced, sustained growth in the region is feasible, but will require structural reforms that change economic relationships within economies and among them, and substantial international cooperation in implementing coherent national policies.