In the Time of Madmen (Hardcover) 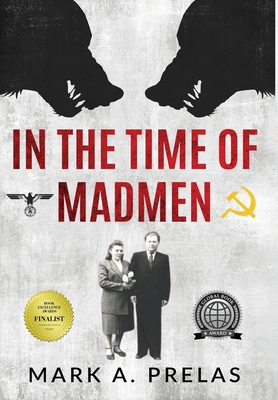 In the Time of Madmen (Hardcover)

A story of struggle, heroism, and triumph during the rise of fascism and communism

In the Time of Madmen examines a journey of discovery through the eyes of one family against world events of the past 125 years. Hope, love and resilience sustained them.

The story focuses primarily on the life of the author's mother, Katheryn (1921-2014). Her drive and perseverance led her to the brink of achieving her dream of competing in the Olympics and then studying medicine, only to have that dream derailed by WWII.

At the age of 18, she was taken from her home near present day Zagreb (Croatia) and forced to serve as a slave laborer in L beck (Germany). She survived near starvation, grievous injuries during a bombing, and tuberculosis. All the time, she had to hide her Jewish ancestry to protect herself and her sisters. The author's father, Jure (1913-1988), also cheated death many times. The Nazis wanted to send him to a death camp because they believed he was a Gypsy, but quick thinking saved his life. One can only describe their chance meeting in 1942, amidst the chaos in Europe, as fate and a tribute to the power of love.

Identity is a product of time and place. Who we are is inextricably linked to the forces of history. Context matters. The present rise of strongmen of all stripes provides a cautionary lesson for us.