A Time Of Madness: A Memoir Of Partition (Paperback) 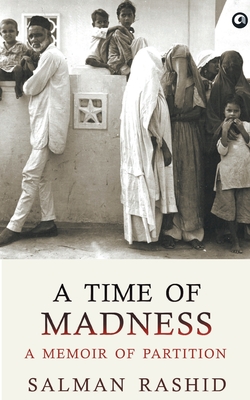 A Time Of Madness: A Memoir Of Partition (Paperback)


Not On Our Shelves—Ships in 1-5 Days
(This book cannot be returned.)
During the chaos of partition in 1947, something dreadful happened in the city of Jalandhar in Punjab. As a result of this, Salman Rashid's family fled Jalandhar for Pakistan, the newly created country across the border. They were among the nearly two million people uprooted from their homes in the greatest transmigration in history. Besides those who fled, other members of the family became part of a grimmer statistic: They featured among the more than one million unfortunate souls who paid with their lives for the division of India and creation of Pakistan. After living in the shadow of his family's tragedy for decades, in 2008, Rashid made the journey back to his ancestral village to uncover the truth. A time of madness tells the story of what he discovered with great poignancy and grace. It is a tale of unspeakable brutality but it is also a testament to the uniquely human traits of forgiveness, redemption and the resilience of the human spirit.