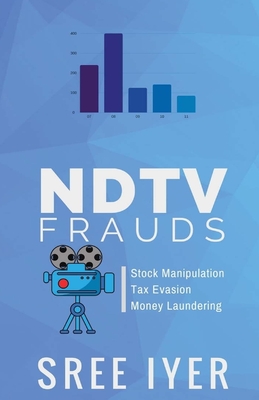 
Not On Our Shelves—Ships in 1-5 Days
(This book cannot be returned.)
This book is a classic example of how media organizations misuse, violate laws in connivance with crony capitalists, pliant law firms and politicians to amass personal wealth. This is a narrative of how two Promoters of NDTV along with key top management colluded over the years with government functionaries and politicians to break laws, evade taxes and deceive shareholders of a public listed company. All this obviously through political patronage and -wheeling-and-dealing- as part of the Lutyens club and how they created a biased public discourse for a select elite class. In the minds of the Indian citizen, there is a space and respect for media. Using the halo of journalism and under the garb of Freedom of Press, media owners misuse their position and in the end, degrade the values of journalism. On several occasions media became the tool of false propaganda, blackmailing and illegal money making with the blessing of uncouth politicians and corporate icons with hidden agendas. This ought to be exposed and that is the reason for this book.
An inventor and out-of-the-box thinker, Sree Iyer has 37 patents in the areas of Hardware, Software, Encryption and Systems. His latest passion is in writing about all matters related to Money. NDTV Frauds is his first book.