Rescued and Restored: The Memoirs of a Death Row Inmate (Hardcover) 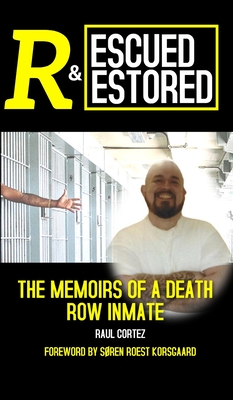 Rescued and Restored: The Memoirs of a Death Row Inmate (Hardcover)

In 2009, Raul Cortez was sentenced to death by lethal injection for the 2004 "McKinney Murders." From his claustrophobic death row cell, he authored this book on an old-fashioned typewriter. Without censorship, he takes the readers through the madness of being locked up in the house of death. "Rescued and Restored" not only provides a rare glimpse into life on death row, but it also captures Raul's struggle to find hope and purpose amid addiction, depression, and the executions of his friends.

"Rescued and Restored" is introduced by S ren Roest Korsgaard who has, with characteristic absence of political correctness, written a shocking foreword that exposes capital punishment for what it is: inhuman, anti-scientific, and morally corrosive. S ren also documents with scientific evidence and plenty of examples that judicial murders take place on an unprecedented scale.