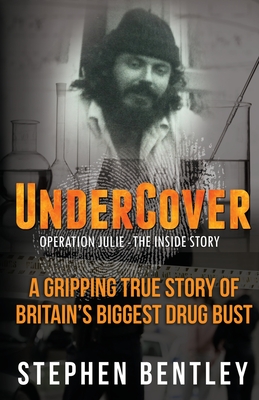 
Not On Our Shelves—Ships in 1-5 Days
(This book cannot be returned.)
Forget Breaking Bad, this is the extraordinary story of the 1970s Welsh LSD ring that supplied the world, told by a cop in deepest cover on the case.

"Life undercover was one great adrenaline rush fuelled by copious amounts of alcohol, hash, weed and some cocaine. I was off the leash."

In the mid-1970s, at the age of 29, Stephen Bentley, a fresh-faced detective, turned himself into Steve Jackson, a dope-smoking, hard-drinking hippie. His time spent undercover with a gang making and distributing LSD helped bring down two criminal networks - but the operation also led to deep personal aftershocks felt long after the case closed.

As we get up-close-and-personal with the people who were the operators of the drug supply chain that fuelled 70s counter-culture, the story becomes laden with heavy drug-taking, blurred lines between cop, criminal and friend, and creeping doubts about who Steve really is. Taking us into the unlikely setting of the rural Welsh valleys and infiltrating the gang that was responsible for about 90% of the LSD production in the UK, Steve Bentley's insider account shows what it really takes to go undercover - to befriend, to betray and to bury your sense of self.

Now in development as an 8-part TV series.