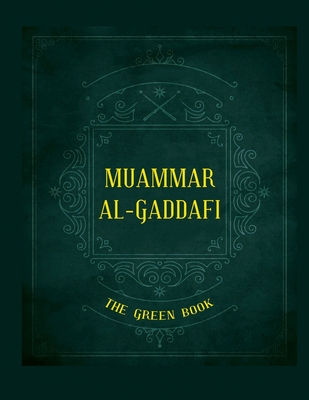 This is the only authorized and official English translation of the Green Book which was distributed globally by the Gaddafi regime. The Green Book is a short book setting out the political philosophy of Libyan leader Muammar Gaddafi. The book was first published in 1975. It is said to have been inspired in part by The Little Red Book (Quotations from Chairman Mao).

Both were widely distributed both inside and outside their country of origin, and "written in a simple, understandable style with many memorable slogans." During the Libyan Civil War, copies of the book were burned by anti-Gaddafi demonstrators.