A Study of Memory Skills in Rural Tribal Adolescents (Paperback) 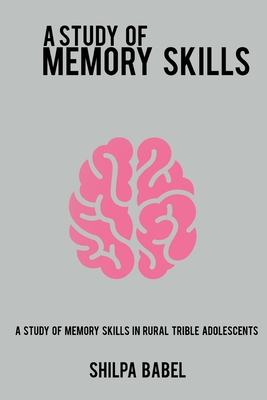 A Study of Memory Skills in Rural Tribal Adolescents (Paperback)

Introduction Human being is the highest creation of god. They breathe and they exhale. It leads to the human behaviour which is a meaningful and goal-directed behavior of an organism. It is said that adjustment is the life and the life is adjustment (Chouhan 2004). Accordingly, Human being has to face the challenges of life and struggle for their existence. So there is a process of behavioral manifestation where cognitions play a vital role in human development. For analyzing the behavior of human being has to do the dissection of it. Accordingly it can be stated that there are three following domains of human behaviour: Cognitive component: this involves a person's awareness, sensation, perception, intelligence, memorization and knowledge about an attitude object. For example: "I believe spiders are dangerous". Affective component: this involves a person's feelings / emotions about the attitude and object. For example: "I am scared of spiders". Behavioral (or co-native) component: the way the attitude we have influences how we act or behave. For example: "I will avoid spiders and scream if I see one". In this study researcher has concentrated on aspects of cognitive behaviour of adolescents. Cognitive competence especially in adolescent includes things like the ability to reason effectively, problem solve, think abstractly and reflect, and plan for the future. Although there are marked individual differences in cognitive development among youth, these new capacities allow adolescents to engage in the kind of introspection and mature decision making that was previously beyond their cognitive capacity. 1.1.1 Primary Mental Process Behavior in which individual receives cognitions from the outer world get in an order for further transmission by sensitization, perceptualization and attention as per intellectual capacity. This is called primary mental process. If we want to enhance our cognitions one has to go forward by memorization, forgetting, thinking, creative thinking, problem solving, language development etc.