B: The Beginning Artworks (Paperback) 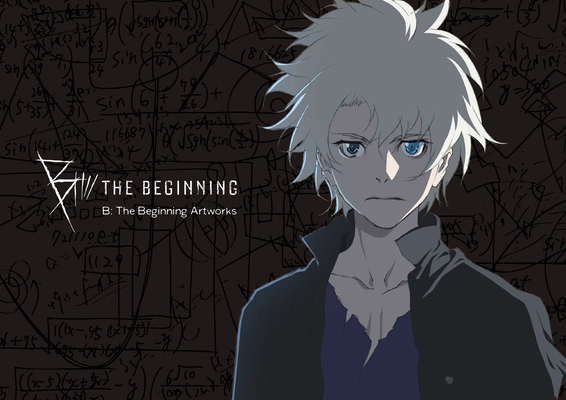 B: The Beginning Artworks (Paperback)


Not On Our Shelves—Ships in 1-5 Days
The ultimate must-have material book. We are proud to present this definitive art book of B the Beginning, a Japanese animation series produced by Production I.G and directed by Kazuto Nakazawa. Production I.G. is most notable for creating an Anime series like Ghost in the Shell and Psycho-Path. B the Beginning was Nakazawa's first full-length animation series and season one started on March 2018 on Netflix. This dream collaboration between Production I.G., Kazuto Nakazawa and Netflix was a big success and both Production I.G and Kazuto Nakazawa became hugely famous and established their brand internationally. This success boosted Production I.G. and Kazuto Nakazawa's popularity among international market and gained hardcore fans worldwide. This book collects rare, never-before-seen production materials from B the Beginning, the first season, such as character model sheets, story boards, still images, rough background illustrations, and layout drawings, all of which will sure to be treasure trove for hardcore fans. The text is translated into English but the original Japanese handwriting (instructions) remain on the layout and story board.
Nakazawa was born in Niigata Prefecture on March 4, 1968. A natural talent, he starts drawing as a child under the influence of his grandfather, a classic Japanese painting artist. After graduating from the Tokyo Animator Gakuin, he moves from a studio to another following the artists he feels most respect for. World fame comes when he is called by studio Production I.G to direct the animated sequences in Quentin Tarantino's blockbuster Kill Bill: Vol. 1 (2003), followed the next year by Shinichiro Watanabe's cult classic TV series, Samurai Champloo (2004) for which Nakazawa contributes character designs and animation supervising duties. A vividly imaginative mind capable of working at astounding speed, Nakazawa has often proved his best in short films and TV series opening films, where his outstanding skills are given higher degree of freedom. This is confirmed by his personal award history, that includes Linkin Park's video clip Breaking the Habit (2004, MTV VMA Viewer's Choice Award 2004), the 2005 commercial film Kirin Lemon Black: Monster Blacks Fights Back (Best Commercial Film at the 11th Holland Animated Film Festival 2006), and the gorgeous Asience: Fairy Tale (2007), a 60-second commissioned film visually inspired by XVIII century painter Ito Jakuchu, which screens in competition at the Annecy, Stuttgart and Ottawa film festivals, and becomes Gold Winner at the 22nd London International Awards. From 2012 he puts his signatures on the action-packed opening films for the world-hit series Kuroko's Basketball, and in 2014 he collaborates again with director Shinichiro Watanabe contributing character designs and animations to the thought-provoking TV series, Terror in Resonance. While describing himself as an animator, in recent years he has developed more interest in directing roles, with the Netflix original B: The Beginning marking his directorial debut in a serial project. Witty and only apparently offhand, he once declared, I wasn't particularly interested in drawing. I was just fairly good at it. He is considered one of Japan's top animators. Production I.G., Inc. is a Japanese anime studio and production enterprise, founded on December 15, 1987, by Mitsuhisa Ishikawa and headquartered in Musashino, Tokyo, Japan. Production I.G. has been involved in the creation of numerous anime television series, OVAs, theatrical films, and is further involved in video game design and development, as well as music publishing and management. Among its prominent works are Guilty Crown, Psycho-Pass, Eden of the East, and the Ghost in the Shell series. It is known in the video game industry for developing intros, cut-scenes, and artwork for games such as the Namco Tales Studio's title, Tales of Symphonia. The letters I and G derive from the names of the company founders, Mitsuhisa Ishikawa, and popular character designer, Takayuki Goto.