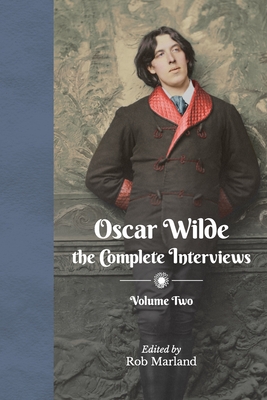 This complete collection of Oscar Wilde's interviews gives readers the opportunity to hear one of history's greatest conversationalists in full flow. Newspaper interviewers repeatedly sought Wilde out for his "Oscarisms" - his trademark witty phrases - as well as his views on topics ranging from poetry to politics, and acting to architecture. The vast majority of Wilde's interviews have never been reprinted since the nineteenth-century, and until now many have been unknown even to Wilde scholars. All 230 of Wilde's known interviews are transcribed in this comprehensively annotated collection.

Volume One contains an introduction and the 1880-1882 interviews (502 pages, 15 B&W images). Volume Two contains the 1883-1900 interviews, over fifty interviews about Wilde by his contemporaries, burlesque interviews, other articles of interest, a list of as yet untraced interviews, and an index covering both volumes (440 pages, 8 B&W images). Interviews not in the English language are given in their original languages and as new English translations.

Rob Marland is the author of Oscar Wilde: The Season of Sorrow (2018), a graphic biography that tells the story of Wilde's imprisonment. His research on Wilde has been published in The Wildean, the journal of the Oscar Wilde Society, and Notes and Queries.