Wild Life: The Life and Work of Charley Harper (Hardcover) 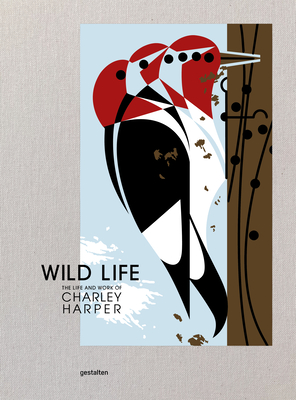 Wild Life: The Life and Work of Charley Harper (Hardcover)


On Our Shelves Now at:
Ladybugs, birds, dogs, and owls. With a never-ending curiosity for the world around him, Charley Harper developed one of the most recognizable styles of American illustration in the 20th century. With a body of work ranging from advertising and posters to murals and paintings, and a delicate approach to lines and colors, Harper's love of nature led him to create an influential legacy that is now compiled in this definitive monograph. Curated in collaboration with the Charley Harper Art Studio, led by his son Brett Harper, and offering insights into his private life, influences, and professional evolution, this book presents the Harper universe in its totality. Wild Life is a must-read to understand the legacy of this Mid-Century master, who set the basis for modern illustration.
Brett Harper, who wrote the preface for and is the co-editor of Wild Life, is the artist's son. He leads the Charley Harper Art Studio, which is dedicated to preserving and promoting the American illustrator's work. Charley Harper's art is a beloved treasure which inspired an entire generation of artists and designers.Margaret Rhodes is an independent writer and editor specializing in design. She previously worked in-house at New York magazine, WIRED, and Fast Company. Born and raised in Austin, Texas, she now lives in New York.