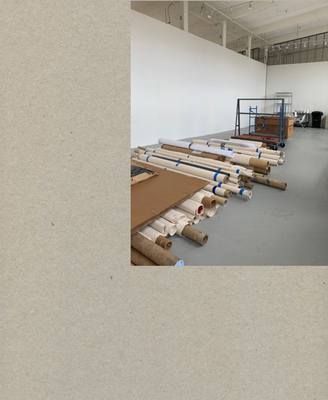 A slipcased overview of Ligon's recent studio practice, including his painterly elaborations on a James Baldwin essay

For four decades, New York-based artist Glenn Ligon (born 1960) has explored America's literature and fraught racial history through works in a few signature mediums such as text-based paintings and neon. This volume, through studio documentation and a new text by fellow artist and New Yorker Gregg Bordowitz, focuses on various aspects of Ligon's art-making. Glenn Ligon features newer works by the artist, such as a monumental new painting from Ligon's ongoing Stranger in the Village series, begun in 1997. In the series, Ligon renders excerpts from novelist James Baldwin's 1953 essay of the same name, which describes the writer's experiences as an African American in a small town in Switzerland. Measuring 45 feet long, this triptych will mark the first time Ligon has used the entire text from Baldwin's essay in a single work.