The Little Book of Avengers (Paperback) 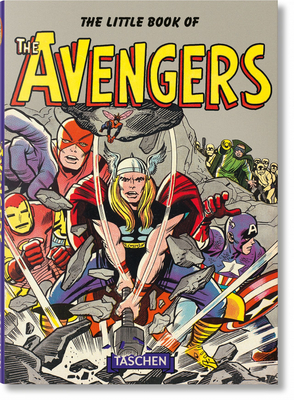 The Little Book of Avengers (Paperback)

Iron Man Thor The Hulk Wasp Ant-Man These five iconic characters made their debut as the first incarnation of the most exciting super-team ever assembled in September 1963, in The Avengers No. 1. From Captain America to Black Panther to Beast and Mockingbird and She-Hulk, they gained and lost members, added former super villains to the team, and fought every threat imaginable--each one bigger than the last.

From the West Coast to the Secret teams (not to mention the Dark and Young and Mighty and All-New), The Little Book of Avengers by Roy Thomas is your definitive guide to the greatest super hero team the world has ever seen