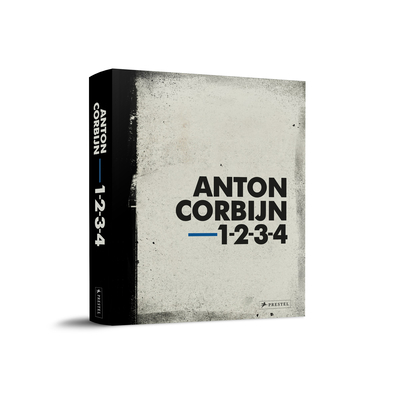 
Backordered
This updated edition of the ultimate publication on the music photography of Anton Corbijn, one of the most importantphotographers and directors working today, focuses on Corbijn's evolving fascination with the music industry, from the 1970s to the present day.

Corbijn's interest in music has been the engine of an illustrious decades-long career that has most recently involved the making of feature length films such as The American, A Most Wanted Man, and Life. This gloriously illustrated, oversized book pays homage to Corbijn's obsession with rock and roll--an interest that has led to lifelong friendships with Bono, Michael Stipe, Dave Gahan, and other iconic musicians. Looking back over three decades, it features hundreds of creative, offbeat images that Corbijn was able to capture largely as a result of his close relationships with his subjects. Nearly every revered musician and band is represented in Corbijn's archives: Nick Cave to Nirvana, U2 to R.E.M., the Rolling Stones to Siouxie and the Banshees. Many of the portraits are accompanied by their subjects' own take on Corbijn's distinct style and approach. Also included here are previously unpublished photos of the band Depeche Mode, who considered him an honorary member. A fitting tribute to an innovative and deeply passionate photographer, this book will rock fans of music and photography.
ANTON CORBIJN, born in the Dutch city of Strijen, began photographing musicians and bands in the late 1970s and quickly progressed to making music videos, and lately, major feature films.

WIM VAN SINDEREN is Senior Curator at The Hague Museum for Photography, in the Netherlands.
"Dutch photographer and music and film director Anton Corbijn is indeed a perceptive portraitist, rather than a specialist practicing rock photography . . . Images of iconic superstars of the 1970s-2000s era, taken in Corbijn's signature punchy, high-contrast black-and-white style, many published for the first time here, fill the book throughout." —Library Journal

"Corbijn is known for shooting very few frames and he poured through thousands of negatives gathered from 1972 to 2013 before identifying 300 for the book that accompanies an exhibition of 400 images, 1-2-3-4, on view through August 16, at the Fotomuseum Den Haag in the Netherlands." —C Magazine

"Shot on film, and most often in black and white, Corbijn’s pictures have more in common with street and documentary photography. They feel raw and ad hoc and vérité and intimate."—Vogue

"Corbijn’s grainy pictorial style has a sense of grit and honesty that fits his favorite subjects: rock-and-rollers. Best known for his image-making work with acts including U2 and Depeche Mode, the photographer/filmmaker has shot numerous characters in the music biz—from the Stones to Arcade Fire and Kate Bush to John Lydon—seemingly with their guards down, as if they’re just hanging with a friend. Among the highlights is a series of Tom Waits images—culled from the 2013 title Waits/Corbijn*—showing the visual collaborators in rare, wacky form." —American Photo Magazine