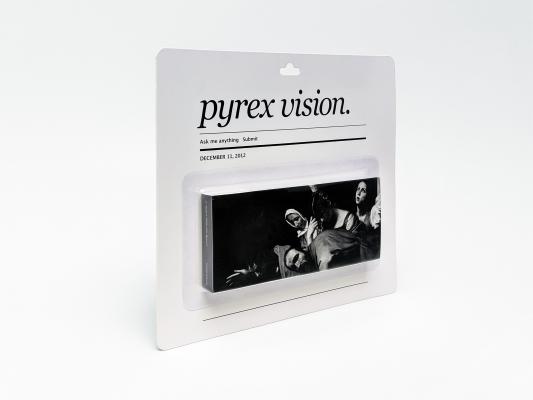 Launched in time for a major exhibition of Virgil Abloh's work, this flip book shows images from the original video created to launch the sophomore Spring/Summer 2013 collection of Abloh's first brand, Pyrex Vision, entitled, "Youth Always Wins." Since he launched Pyrex Vision, Abloh has been translating his tools and techniques from his training as an architect and engineer into the fashion world and beyond. He eventually closed Pyrex Vision to open Off-White(TM), collaborating with brands like Nike, musicians, architects, and others. In addition to creating Off-White(TM), Abloh has worked with Kanye West, collaborated withTakashi Murakami, performed at Lollapalooza, started a furniture collection with IKEA, and more. In 2018, Abloh was named Men's Artistic Director at Louis Vuitton.
VIRGIL ABLOH is an American fashion designer who is the Men's Artistic Director at Louis Vuitton. He is also CEO of the Milan-based label Off-White(TM), a fashion house he founded in 2013.