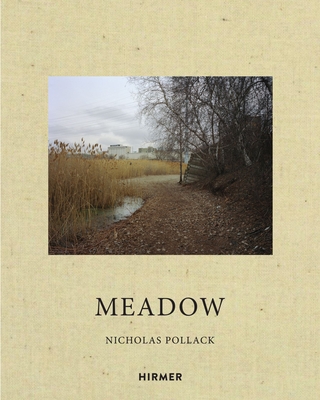 
On Our Shelves Now at:
A portrait of humanity in the post-industrial landscape.

The photographs in Nicholas Pollack’s new book, Meadow, were made between 2015 and 2020, in and around Secaucus, New Jersey. Inspired by the landscape of the New Jersey Meadowlands, Meadow is a body of work about a small plot of land and the friendships and interactions between a group of truck drivers who forge a transcendent relationship with the place. The book is thus tied to place—specifically, a place that is neglected by society. It tells the story of the truck drivers and the piece of overlooked salt marsh they make their own. Operating in the tradition of documentary photography, this book is an ode to a small portion of the sprawling New Jersey Meadowlands, to its people and its landscape, and to the humanity enveloped in a post-industrial landscape.
Nicholas Pollack is a photographer based in Brooklyn, New York. His works have been exhibited internationally and are held in collections including the Museum of the City of New York and the Zimmerli Art Museum at Rutgers University. His work has been featured in publications such as Juxtapoz Magazine, Vice, and Vogue.

Robert Sullivan is the author of numerous books, including The Meadowlands, My American Revolution, Rats, and A Whale Hunt. He is a contributing editor at A Public Space.


John Stilgoe is Robert and Lois Orchard Professor in the History of Landscape Development at Harvard University. His previous books include What is Landscape? and Old Fields: Photography, Glamour, and Fantasy Landscape.
"These photos capture not just a place, but the mood of that place–and in so doing they remind us to constantly broaden our sense of what constitutes 'nature.'"
— Bill McKibben