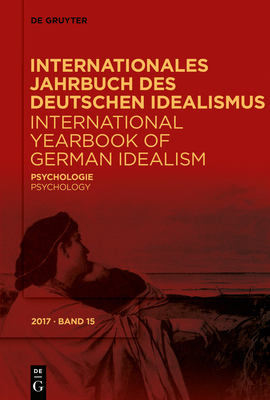 German Idealism is one of the most important and momentous epochs in modern philosophy. Agreement on the concept of philosophy and on what philosophical theory formation is capable of achieving was largely shaped - and its continued development ensured to this day - by systematic philosophy on foundations laid by Kant.

Both in German-speaking countries and abroad, the volume of research on German Idealism hasincreased remarkably in recent decades. The intensity of exploration has been particularly notable in Anglo-American regions, though attention to this subject has unmistakably increased in France, Italy, Spain, and Japan as well. Such study has createdsetting for international research marked by many different philosophical interests, methodological orientations, and cultural traditions.