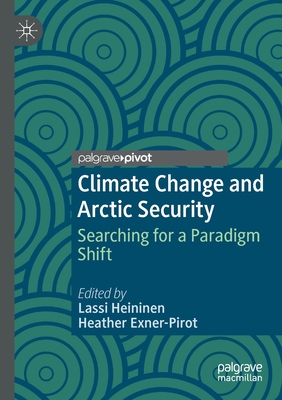 
Not On Our Shelves—Ships in 1-5 Days
(This book cannot be returned.)
This book assesses the construction of security in the context of climate change, with a focus on the Arctic region. It examines and discusses changes in the security premises of the Arctic states, from traditional security to environmental and human security. In particular, the book explores how climate change impacts security discourses and premises as well as theoretically discussing the possibility for another change, from circumpolar stability into peaceful change. Chapters cover topics such as the ethics of climate change in the arctic, China's emerging power and influence on arctic climate security, the discursive transformation of the definition of security and the intersection between urban, climate and Arctic studies. The book concludes with the question of whether a paradigm shift in our understanding of traditional security is possible, and whether it is already occurring in the Arctic.