The Heart of a Plague Tale: A Visual Making-Of (Hardcover) 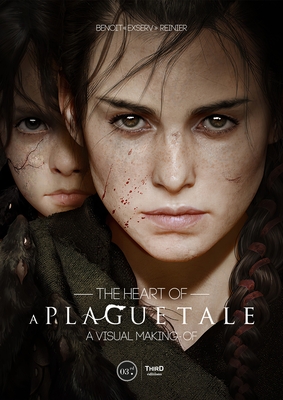 The Heart of a Plague Tale: A Visual Making-Of (Hardcover)


Backordered
Serving as a combination of art book and making-of book, the Heart of a Plague Tale collection takes a deep dive into the design, universe, and gameplay mechanics of the world, backed by never-before-released information and comments from the game's development team.

A Plague Tale: Innocence was a landmark creation in Asobo Studio's history, giving players around the world a glimpse of the expertise and personality of an obscure design team from Bordeaux. They took a risk by setting the game in medieval France with a complex narrative and ambitious aesthetics - and it paid off. Developing the sequel, A Plague Tale: Requiem, set Asobo against new creative and technical challenges, but their objective remained unchanged: Using video games as a medium to tell a poignant, cruel, and memorable story that, at its heart, is deeply, unabashedly human.