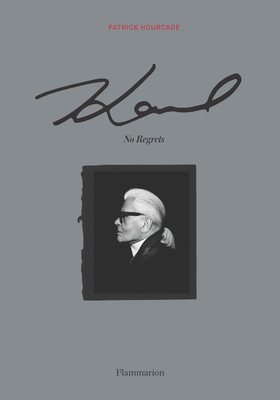 
Not On Our Shelves—Ships in 1-5 Days
Step inside the private realm of the great designer Karl Lagerfeld through the eyes of his fellow artist and close friend Patrick Hourcade.

The artist Patrick Hourcade met Karl Lagerfeld in 1976. A friendship that will last more than twenty years is immediately born between the two men, strengthened by their shared passion for eighteenth-century arts. After studying art history, Patrick Hourcade begins working with the creative team at Vogue Paris, while at the same time introducing Karl to his beloved specialty, the arts of the Enlightenment. From then on, he would accompany the great fashion designer on all of his lavish acquisitions--mansions, decors, and works of art. The two would build a magnificent universe together, refined and sometimes overly extravagant, especially at the Grand-Champ chateau in Brittany, the Hotel Pozzo di Borgo in Paris, or at La Vigie, a villa on the French Riviera.

Patrick Hourcade tells the story of this aesthetic connection, through previously unpublished documents and a unique biography of Karl Lagerfeld, where he is seen in all of his splendor as well as his weaknesses. This intimate story also crosses paths with the colorful characters who populated the life of the great designer, including Anna Piaggi and Francine Crescent, Laure de Beauvau and Liliane de Rothschild, Pierre Bergé and Yves Saint Laurent, Gilles Defour, Vincent Darré, Guy Bourdin, and Andrée Putnam, and, most importantly, his mother Elisabeth and Jacques de Bascher--his two loves of his life.
Art historian Patrick Hourcade was previously the artistic director of Vogue Paris before he decided to devote himself to photography. His most recent exhibition, Nights at Versailles, was held at Gallery Gradiva in Paris in 2021. An artist of many mediums, he also creates installations (Ephemeral Ribbons at the Château de Vaux-le-Vicomte, 2016), stage designs (Entertainments in the Courtyard, Versailles, 2016) and books (Ad Vitam Aeternam, Editions de Maule, 2017).
"Written by his dear friend Patrick Hourcade, this unique biography of Karl Largerfeld offers a peek inside the designer’s world through his art, homes, and friendships. The book includes never-before-seen documents and intimate stories involving everyone from famous friends like Yves Saint Laurent to his longtime boyfriend Jacques de Bascher. Hourcade, a photographer and former artistic director of Vogue Paris, bonded with Lagerfeld over their love of design and in this book takes readers on a journey through their discoveries." —NEW YORK MAGAZINE