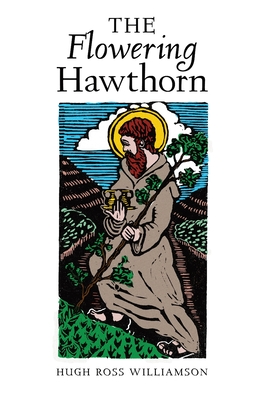 This is a new edition of Hugh Ross Williamson's classic work, The Flowering Hawthorn.

This is a delightful, exquisitely decorated, essay-a blending of legend and history-on the famous Thorn of Glastonbury which has flowered each Christmas and from which, wrote Chesterton, grew the whole story of Britain. With consummate artistry Hugh Ross Williamson explores the legends which involve Joseph of Arimathea, including the possibility that Jesus Christ may have come to England with Joseph. The great event of Joseph's sojourn at Glastonbury was the building of the church...the first Christian church to be built in Britain. From the earliest days Glastonbury was to be pre-eminent as a Christian centre. To Glastonbury, as Avalon, came King Arthur; then King Alfred; and then Dunstan, perhaps the only other man in the pre-conquest period who approaches Arthur and Alfred in greatness. And the fame of the Abbey spread throughout the world. Pillage and desecration were to follow...and eventual restoration in this century.