The Shipbuilder of Bellfairie (Paperback) 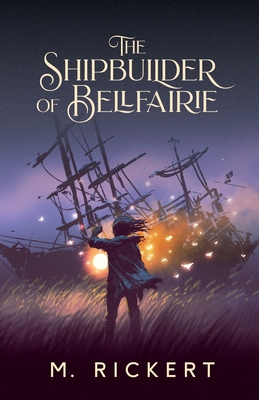 The Shipbuilder of Bellfairie (Paperback)

Meet Quark, a giant of a man carrying scars literally and figuratively, on his return to Bellfairie, as he searches for his father and clues to his mother's mysterious death. But no one goes to Bellfairie on purpose, it's always a wrong turn in someone's life. As Quark will soon learn.

Like Frankenstein's monster, The Shipbuilder of Bellfairie is a vibrant, emotional and humane amalgam.

A fantastical crime mystery with a soup on of magic that brings to mind not only Shelley's creation but A Confederacy of Dunces in its exploration of flawed and tragic characters.

"Fans of M. Rickert's singular blend of the mundane and the monstrous will be drawn deep into the briny, haunted world of Bellfairie."

- Sofia Samatar, Author of A Stranger in Olondria, and Tender

"The Shipbuilder of Bellfairie by M. Rickert is a powerful evocation of an imaginary place, both magical and mundane; the tribulations of a good hearted hapless giant; and a compelling mystery. Dark and humorous and deep."

Before earning her MFA from Vermont College of Fine Arts, Mary Rickert worked as kindergarten teacher, coffee shop barista, Disneyland balloon vendor, and personnel assistant in Sequoia National Park. She is the winner of the Locus Award, Crawford Award, World Fantasy Award, and Shirley Jackson Award. She is a frequent contributor to The Magazine of Fantasy and Science Fiction. Her short story, "Funeral Birds" is included in the anthology, When things Get Dark: Stories Inspired by Shirley Jackson, published by Titan Books in the fall of 2021. Her novella, Lucky Girl, How I Became a Horror Writer: A Krampus Story will be published by Tor.com in the fall of 2022.