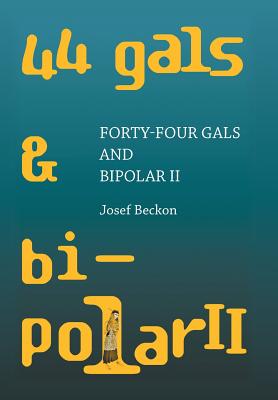 
Not On Our Shelves—Ships in 1-5 Days
(This book cannot be returned.)
Many of the gals I've met in my lifetime have surprised me. Throughout most of my teenage years, they were entirely a mystery to me. Finally, late in high school and then in college, I got some glimmering of their nature. That's where most of my first stories begin. I hope to do justice to all the gals-from girlfriends, to just friends, to a great teacher, to a very poor one, to my wife and daughters, and to quite a few more. I've also included seven short bipolar dreams, which imagery can be fun to interpret, especially if you've ever been manic. Also included are ten bipolar stories, ranging from the first one about depression to the ones about hypomania and then to full-blown mania.
I'm manic-depressive. I think that old term "manic-depressive" is more descriptive than the new term "bipolar." The depressed times of that illness were extremely boring. So, I've only included one depressed story here. My mental illness is a continuum of illnesses, and that continuum differs from patient to patient. I was lucky here. My manic times were sometimes fantastically fun, provided I was only hypomanic, or just Bipolar II, (as opposed to the harsher Bipolar I.) I figure I was mostly hypomanic and Bipolar II. So, I personally enjoyed these two varieties of the mental illness dubbed manic-depression. (But, my wife and my bosses; they never enjoyed my manic antics as much as I did.)