A History of the Rutgers University Glee Club (Hardcover) 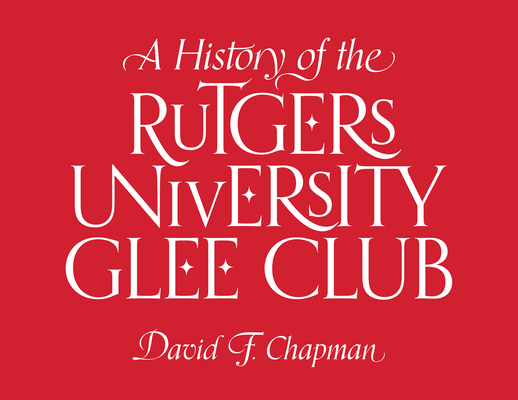 A History of the Rutgers University Glee Club (Hardcover)

Founded in 1872, the Glee Club is Rutgers University’s oldest continuously active student organization, as well as one of the first glee clubs in the United States. For the past 150 years, it has represented the university and presented an image of the Rutgers man on a national and international stage.

This volume offers a comprehensive history of the Rutgers Glee Club, from its origins adopting traditions from the German Männerchor and British singing clubs to its current manifestation as a world-recognized ensemble. Along the way, we meet the colorful and charismatic men who have directed the group over the years, from the popular composer and minstrel performer Loren Bragdon to the classically-trained conductor Patrick Gardner. And of course, we learn what the club has meant to the generations of talented and dedicated young men who have sung in it.

A History of the Rutgers University Glee Club recounts the origins of the group’s most beloved traditions, including the composition of the alma mater’s anthem “On the Banks of the Old Raritan” and the development of the annual Christmas in Carol and Song concerts. Meticulously researched, including a complete discography of the club’s recordings, this book is a must-have for all the Rutgers Glee Club’s many fans and alumni.

DAVID F. CHAPMAN received his Ph.D. in historical musicology from Rutgers University-New Brunswick in New Jersey, where he teaches courses in music history and literature, performance practice, and ethnomusicology. He is the author of the monograph Bruckner and the Generalbass Tradition and is currently preparing an edition of Anton Bruckner's Nullte Symphony (WAB 100) for the New Bruckner Collected Works series.