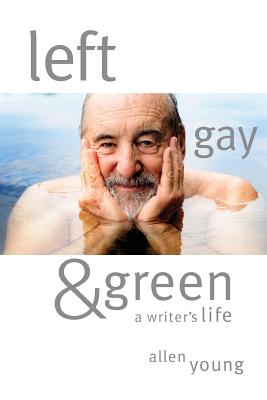 Allen Young has held a number of interesting careers and roles. He has worked as a reporter for the Washington Post and Liberation News Service, protested the Vietnam War, edited several gay anthologies, joined the "no nukes" movement, and started a commune. Now, from his Octagon House in the North Quabbin region of Massachusetts, he provides insights into his most memorable moments.

Young's journey begins in a surprising place. He grew up on a poultry farm in New York's Borscht Belt. His childhood gave him not only a lifelong love for the great outdoors but also his first political education. His Communist parents fostered in their son a passion for standing up to the bastions of power and fighting for the oppressed. After six years at Columbia and Stanford and a sojourn to South America, Young devoted himself wholeheartedly to a variety of causes. He gave up a reporter's job at the Washington Post to join the New Left's underground press, edited pioneering gay liberation anthologies, and put down new roots in one of the most rural parts of Massachusetts. Through it all, Young constantly explored what it meant to be "left, gay, and green." His career, political pursuits, and relationships all took him in surprising new directions, but even as his identity was changing, Young never lost his true sense of self.

Writer and activist Allen Young's articles have been featured in the New York Times, Christian Science Monitor, and other major publications. Young has received degrees from Columbia College, Stanford University, and the Columbia University Graduate School of Journalism. He traveled to Brazil and other Latin American countries on a Fulbright scholarship. Young has lived in the town of Royalston in the North Quabbin region of Massachusetts since he first participated in the Back to the Land movement in 1973. He built his own house and created a large organic vegetable garden. He has loved communing with nature ever since he was a child growing up in the Catskill Mountain foothills of New York State. He still enjoys gardening and exploring the world around him. Young currently writes a weekly column, Inside/Outside, for the Athol Daily News; chairs Royalston's Democratic committee; and volunteers with the Mount Grace Land Conservation Trust.