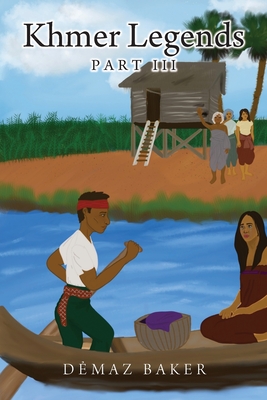 
Not On Our Shelves—Ships in 1-5 Days
(This book cannot be returned.)
Khmer Legends Part III is Dẻmaz's new collection of Cambodian folktales, one of which is the famous story of A-Lẻv. The narrative is about a boy born of poor and uneducated parents. At the age of seven, A-Lẻv already understood the meaning of being deprived of even the basic necessities of survival. He wanted to make a difference, not only for his parents but also for himself. From a teenager to an adult, his shrewd brain concocted mischievous, hilarious schemes to cheat people out of their belongings or to gain money so his parents could survive. He created trials and tribulations in doing so just to amuse himself. As years went by, he had a firm desire to educate himself by beginning to learn to read and write in order to deal with a high society that flaunted its wealth and status upon the poor and less fortunate. In the end, his humility and humbleness gained him more respect in the society that rejected him because of his low economic status.