The 3-0: Based on a True Story of the Largest Police Corruption Scandal in New York City's History - The Dirty Thirty (Paperback) 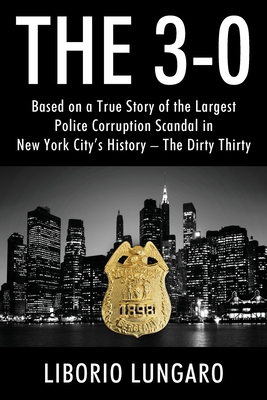 The 3-0: Based on a True Story of the Largest Police Corruption Scandal in New York City's History - The Dirty Thirty (Paperback)


Not On Our Shelves—Ships in 1-5 Days
(This book cannot be returned.)
The 3-0 is a thrilling, cat and mouse story that's based on the true story of the largest police corruption scandal in the history of the New York City Police Department - The Dirty Thirty - It's also a story of bringing a divided community together. The actual events led to the arrest of 33 police officers. The story is set in the 1990's in the 30th Precinct in Harlem. But the story of "The 3-0" is not just about police corruption. It's the story of what happens when the social order collapses under the weight of politics, race, fear, drug cartels, illegal immigration, the rights of citizens, and the role of law enforcement to protect and serve. Because of this the NYPD responded by creating a new specialized unit that revolved around a decorated cop, Sergeant Liborio Lungaro and his team of beat officers. This story sheds light on the riveting back story of Lungaro's character and how he's taken on a journey that will change his life forever. It's a story of twist and turns. Who's good and who's dirty. This story will keep you on the edge of your seat.