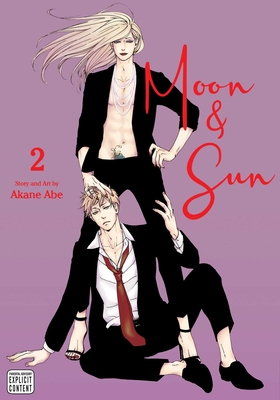 This is book number 2 in the Moon & Sun series.

A yakuza heir indifferent to the family business butts heads with the stunning proprietress of a nearby drag club. When his yakuza grandfather starts putting on the heat regarding the family business, he runs straight into the arms of the masculine beauty!

Masahiro, heir to a yakuza syndicate, has been skating through life without much purpose, but that all changes when he meets makeup artist Tsubaki. Attracted not only to Tsubaki's outer appearance but also his inner strength, Masahiro can’t help but be affected by the statuesque beauty’s influence. But he’s not the only one growing from their relationship—the seemingly put-together Tsubaki can’t help but learn a little something too!
This is Akane Abe’s third English-language release. Her prior releases include Hard Rock and SuBLime’s Am I in Love or Just Hungry? Born on January 20, she’s a Capricorn with an O blood type. You can find out more about Akane Abe on her Twitter page, @akanebosuke.