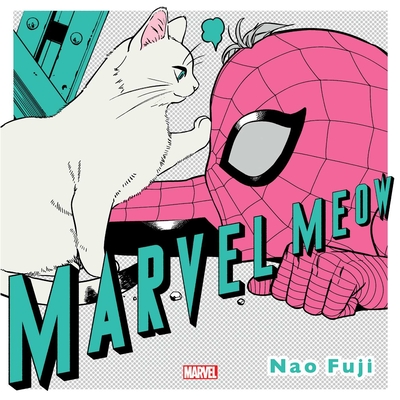 
Not On Our Shelves—Ships in 1-5 Days
The comic misadventures of Chewie, Captain Marvel’s pet!

Join Captain Marvel’s pet, Chewie, as she wreaks havoc in the lives of Marvel’s most popular characters!

Gain a new perspective on beloved favorites such as Spider-Man and Iron Man, formidable villains including Thanos and Galactus, and antiheroes like Deadpool, as they all become the playthings of this capricious “cat” creature.

Originally shared on Marvel’s official Instagram, these comic strips have been collected with all-new content into a gift book that will delight Marvel and cat enthusiasts alike!
After having her portfolio reviewed at the first Tokyo Comic Con in 2016, Nao Fuji became an official Marvel artist with the release of Marvel Meow, a six-part comic series featuring Captain Marvel's pet, Chewie. Nao has also worked on short stories featuring Black Cat. She lives in Japan.