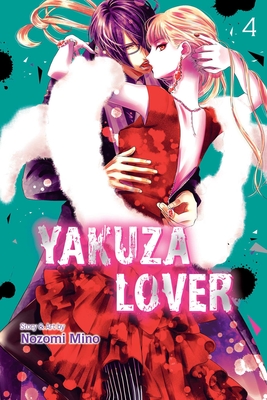 This is book number 4 in the Yakuza Lover series.

Yuri and Oya’s relationship faces complications when Oya’s father, the boss of the syndicate, issues a warning to Yuri, demanding she cut ties with Oya and the yakuza. When Oya finds out, the situation becomes charged. Meanwhile, a mysterious woman enters the fray, soon to add new challenges to the star-crossed couple’s growing love.
Nozomi Mino was born on February 12 in Himeji, Hyogo Prefecture, in Japan, making her an Aquarius. She made her shojo manga debut in the May 2006 issue of Cheese! with “LOVE MANTEN” (Love Perfect Score). Since then, she has gone on to publish numerous works, including Sweet Marriage, Wagamama Otoko wa Ichizu ni Koisuru (Selfish Guys Love Hard), and LOVE x PLACE.fam. Her hobbies include going on drives and visiting cafes.