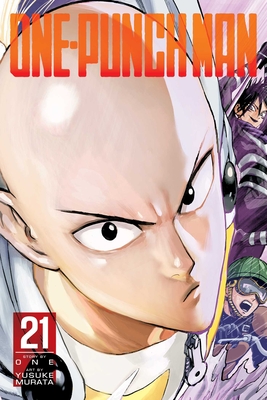 This is book number 21 in the One-Punch Man series.

The curtain rises on the big battle between the Monster Association and heroes! As the lower-ranked heroes engage in intense battle, the Class-S crew takes out many monsters in one fell swoop before venturing further underground. Among them, Flashy Flash demonstrates splendid battle prowess against a duo of monstrous ninja!
Manga creator ONE began One-Punch Man as a webcomic, which quickly went viral, garnering over 10 million hits. In addition to One-Punch Man, ONE writes and draws the series Mob Psycho 100 and Makai no Ossan.