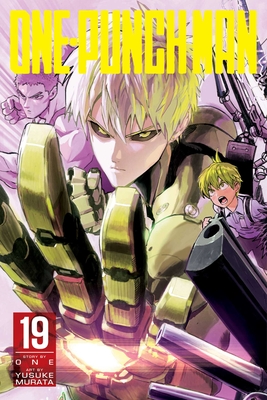 This is book number 19 in the One-Punch Man series.

The Monster Association has kidnapped Tareo, the boy who admires Garo, and now Garo finds himself plunging headfirst and alone into the heart of the Monster Association’s hideout. Meanwhile, the Hero Association pushes forward with its operation to rescue Waganma, while Genos and the others are living it up enjoying hot pot at Saitama’s place!
Manga creator ONE began One-Punch Man as a webcomic, which quickly went viral, garnering over 10 million hits. In addition to One-Punch Man, ONE writes and draws the series Mob Psycho 100 and Makai no Ossan.