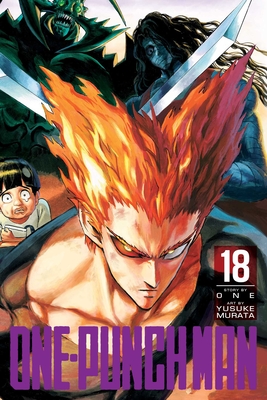 This is book number 18 in the One-Punch Man series.

Garo has just left the Monster Association’s hideout when he crosses paths with Saitama, who’s in quite a pickle, but Saitama still doesn't know Garo is the Hero Hunter. Later, King the Ripper can no longer hold back his murderous urges and confronts Garo himself!
Manga creator ONE began One-Punch Man as a webcomic, which quickly went viral, garnering over 10 million hits. In addition to One-Punch Man, ONE writes and draws the series Mob Psycho 100 and Makai no Ossan.