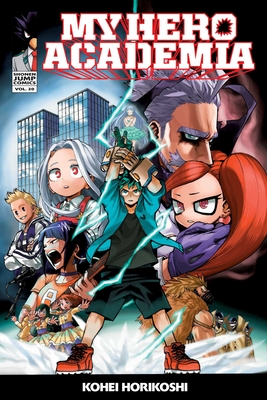 This is book number 20 in the My Hero Academia series.

With All Might in retirement, Endeavor takes up the mantle of the number one hero, a position he’s coveted for years. But now that he has it, he’s not entirely comfortable with the responsibilities and risks that come with it—both heroes and villains are always gunning for number one. What does the future hold for Midoriya, and what do his dreams about One For All mean?
Kohei Horikoshi was born in Aichi, Japan, in 1986. He received a Tezuka Award Honorable Mention in 2006, and after publishing several short stories in Akamaru Jump, his first serialized work in Weekly Shonen Jump was Oumagadoki Zoo in 2010. My Hero Academia is his third series in Weekly Shonen Jump.