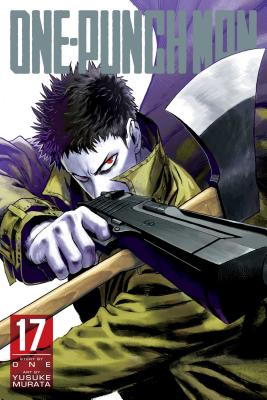 This is book number 17 in the One-Punch Man series.

The hero hunter is near death when the Monster Association attempts to steal him away, unleashing Centichoro in the process. Bang and company face it head-on before Genos boldly enters the fray!
Manga creator ONE began One-Punch Man as a webcomic, which quickly went viral, garnering over 10 million hits. In addition to One-Punch Man, ONE writes and draws the series Mob Psycho 100 and Makai no Ossan.