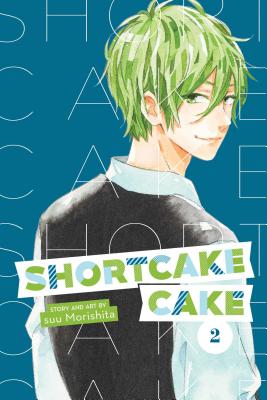 This is book number 2 in the Shortcake Cake series.

An unflappable girl and a cast of lovable male roommates at a boardinghouse create bonds of friendship and romance.

When Ten moves out of her parents’ home in the mountains to live in a boardinghouse, she finds herself becoming fast friends with her male roommates. But can love and romance be far behind?

Ten has moved into a boardinghouse with other high school students to avoid a long commute through the mountains. Ten accidentally overhears Riku talking to Chiaki about his feelings for her. Ten and Riku try to act as if nothing has changed between them, as Chiaki looks on with mixed feelings.
suu Morishita is a creator duo. The story is by Makiro, and the art is by Nachiyan. In 2010 they debuted with the one-shot “Anote Konote.” Their works include Hibi Chouchou and Shortcake Cake.