Welfare to Warden: Autobiography of the First Woman in Michigan to Head a Prison for Male Felons (Hardcover) 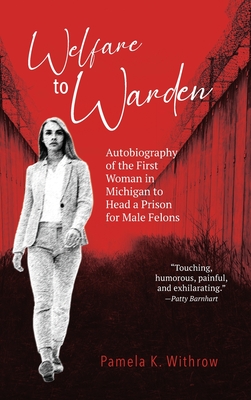 Welfare to Warden: Autobiography of the First Woman in Michigan to Head a Prison for Male Felons (Hardcover)

Welfare to Warden is the insightful and inspiring autobiography of Pamela Withrow, an Indiana farm girl who aspired to be an English teacher but instead became a prison warden. It carries the reader through Withrow's first-woman roles at Camp Brighton and Jackson Prison and toward her appointment as the first woman to head a male prison in Michigan-the Michigan Dunes Correctional Facility.

The book follows her subsequent efforts to implement and research cognitive programs for prisoners as the warden of the Michigan Reformatory. Awards followed, including being named Warden of the Year by the North American Association of Wardens and Superintendents; induction into the Michigan Women's Hall of Fame; and honorary doctorates from Grand Valley State University and Ferris State University. The story is told from a feminist perspective and acknowledges her time as a welfare mother as a vehicle to her success.