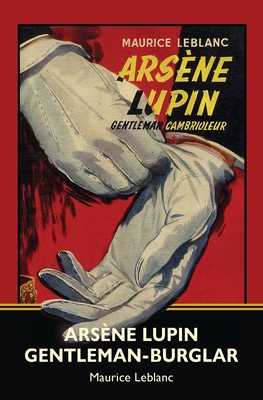 Ars ne Lupin, an aristocratic thief, burst onto the scene in 1905 as the French answer to Sherlock Holmes. Stylish, rogue, and fiendishly clever, Lupin eludes the law as he concocts capers, heists, and, often, schemes to right a wrong or help the innocent. Foreshadowing such other lawless heroes as Robin Hood, Sly Cooper, and Danny Ocean, Lupin slyly calculates his targets-making fools of those who do not appreciate their treasure. Superb at stealing while maintaining a gentleman's manners and code of honor, we don't adore Lupin for outwitting others as much as we adore him for doing so with panache and grace (and a share of obvious delight). Lupin has been depicted in countless film and stage adaptions, most recently as the inspiration of the Netflix series, Lupin, starring Omar Sy.

This Warbler Classics edition is based on the original 1907 first edition and includes a detailed chronology of Leblanc's life and work, as well as the eulogy he wrote for Sir Arthur Conan Doyle.