At Home/Hjemme: Norwegian Vocabulary Picture Book (with Audio by a Native Speaker!) (Paperback) 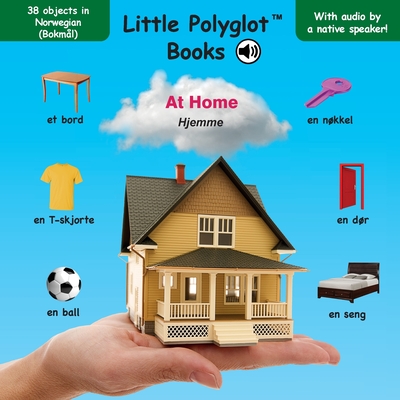 At Home/Hjemme: Norwegian Vocabulary Picture Book (with Audio by a Native Speaker!) (Paperback)

In this award-winning, colorful, fun, and vivid book with real images and audio by a native speaker of Norwegian, children will learn the name and pronunciation of 38 common house objects in Norwegian (Bokm l).

Audio pronunciation by a native speaker of Norwegian is available right from the book for each word, making this a great book especially for parents who may not speak the language themselves but would like their children to learn good pronunciation.

Simply scan the QR code with the free Linguacious app to hear the word. This children's Norwegian book with audio in Norwegian can help kids develop early language skills in Norwegian by playing games with the book to practice reading, writing, listening, and speaking. Each page contains a single, large image, with the word in Norwegian displayed in large font.