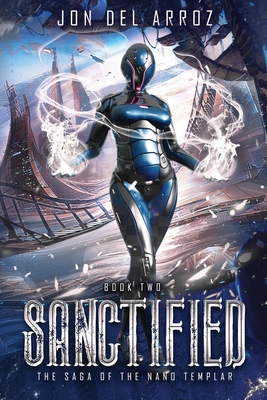 Her new mysterious powers...
...could mean her people's salvation.

With the world of Konsin II under Elorian control, Drin and Anais look to the stars for their next mission.

But the church moves slowly in its deliberations. Each moment wasted is another in which her people might die--or worse.

Anais has to grapple with the Elorian nanites living inside her, and what it means to have faith. Drin must once again leave his people to pursue a noble quest to liberate a people.

A shrewd Sekaran warlord and his legion stands in the way of liberty for Anais' people. Can she inspire enough confidence in her people to spur them to rebellion?