Weddings of the Century: A Pair of Wedding Novellas (Paperback) 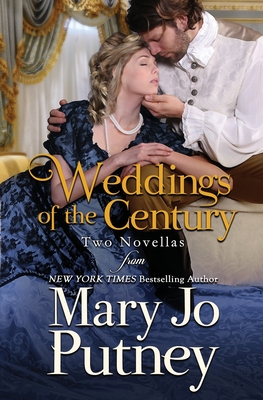 Weddings of the Century: A Pair of Wedding Novellas (Paperback)

A pair of wedding novellas...

Young Dominick Chandler asked for the hand of his beloved Roxanne only to be brutally refused by her father. Ten years later, Dominick returns determined to claim the woman he has never stopped loving, and he'll do anything, no matter how outrageous, to get close to Roxanne again. But is she still the passionate, loving girl who claimed his heart? (Originally released under the title The Devil's Spawn.)

Beautiful Sunny Vangelder is the richest and most admired of the American heiresses who crossed the Atlantic to find a glamorous future in England. Thwarted of her hope to marry for love, Sunny is pressured into marrying a deeply reserved duke. To the world, the Gilded Girl and the Duke of Thornborough are dazzling celebrities, but inside the marriage are two lonely people yearning for love. Can Sunny and Justin find each other amidst the glitter and the gold?